This is a work in progress, currently a collection of notes and thoughts, not yet fleshed out.

In 2018, as part of the post-Battleworld multiverse, Marvel Comics updated the Infinity Stones in two ways. First, they now match the MCU's colors. Second, and more important, they went into detail on exactly how the infinite loop of power is formed, with each stone drawing upon the power of another. 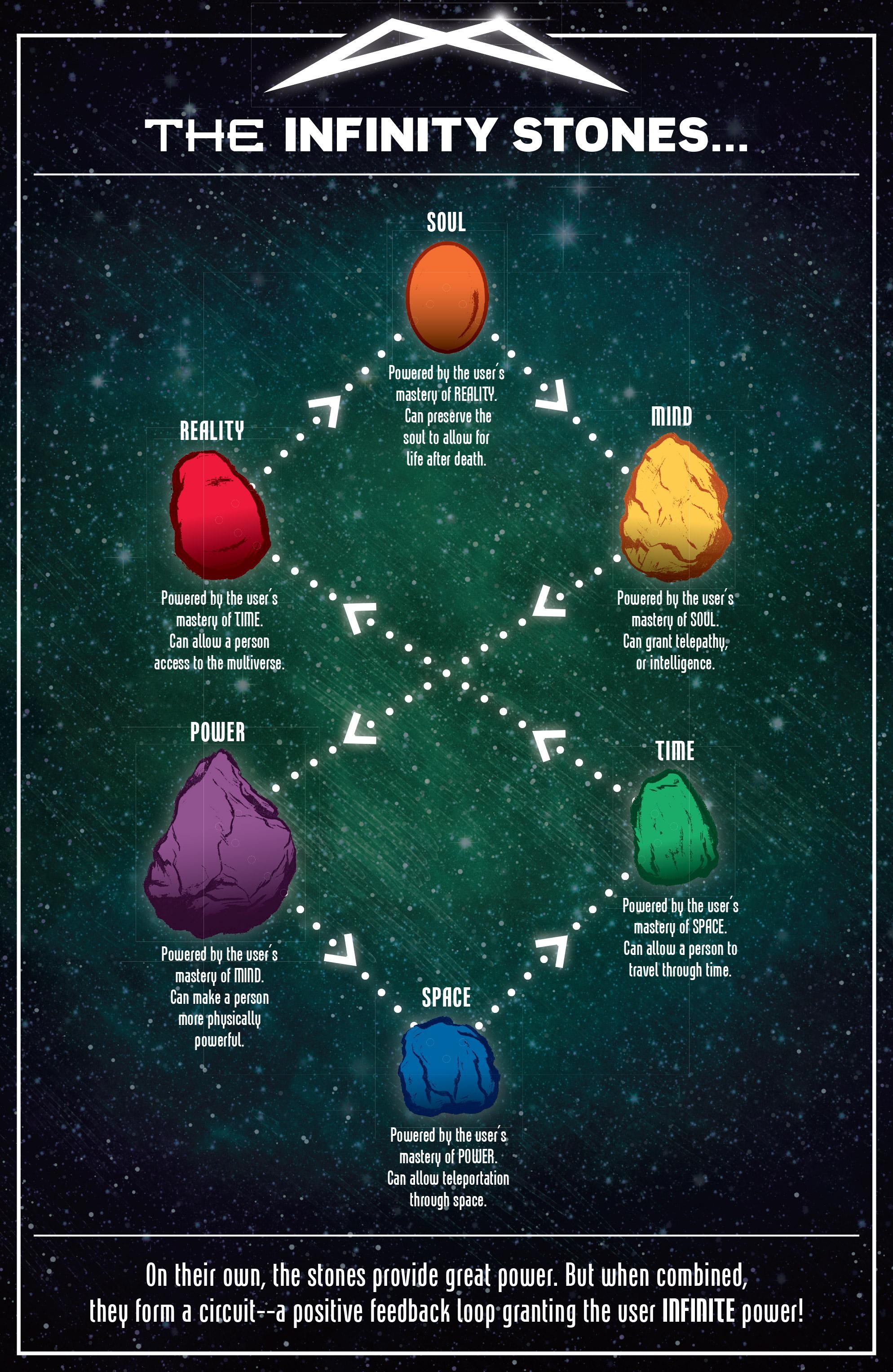 This isn't just restricted to having the empowering Stone, but is a guideline for who will be the most capable user of each stone. When the stones threaten the universe, Loki forms a team of heroes perfectly suited to stealing and using the stones as individuals:

As such, any campaign in which Masks heroes will collect the stones should reflect this, with some sort of custom move for each stone tied to a label.

? - One of those needs be Savior. For the other, it's probably okay to duplicate Freak.