Deprecated: Function create_function() is deprecated in /home/mygurpsc/public_html/pmwiki.php on line 512
 MyGURPS - Houses Of Dorne

All links are to the wiki pages for that House or location. 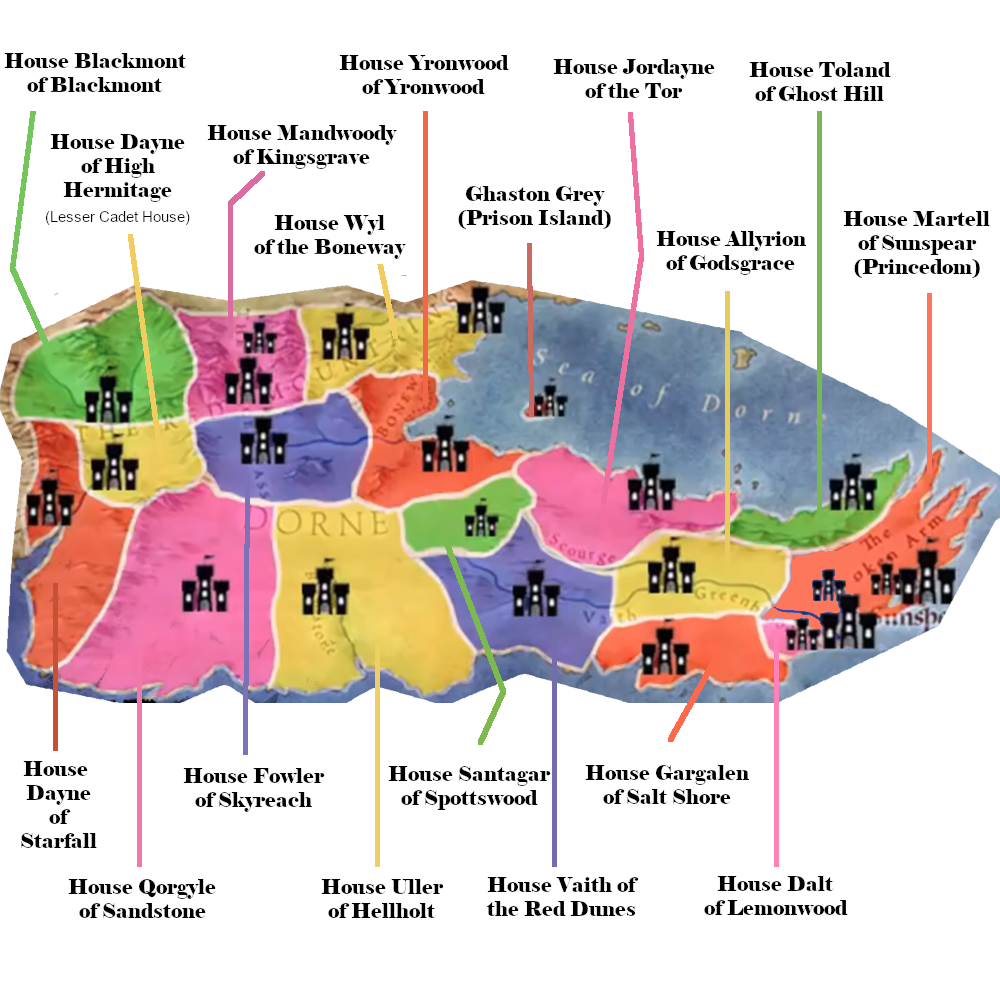 Map of the Stormlands 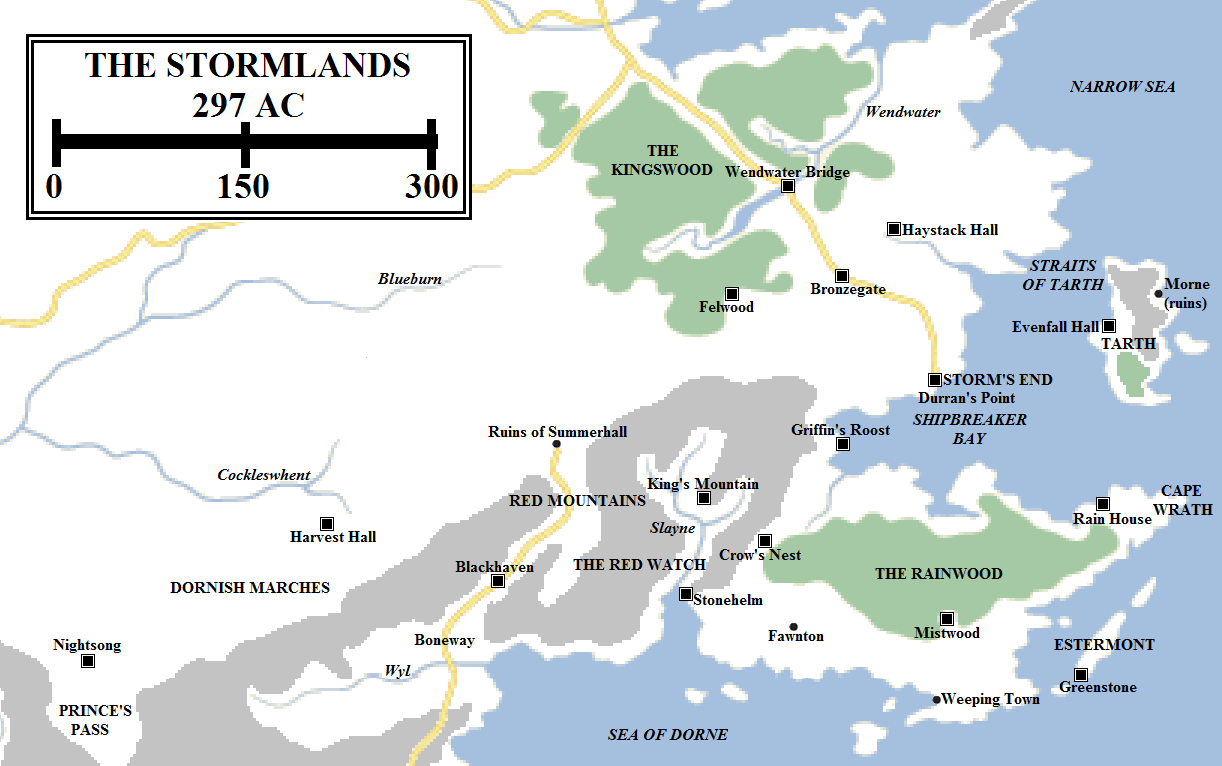 All of the Houses shown (except for House Toland, of course) are minor, invented for the game, and explained below. For the players' House, see House Brax of Seahaven. Aside from Binders Road (the thick one), which heads down toward Sunspear and Plankytown, all other roads are nameless and local.

Not all of these are in Dorne. This will be expanded as House Brax interacts with others.