(Saving this character in case I need it later. Also adding "Anders" in case I search by that.)

When the Cyberpapacy arrived, Ander was at the top of the food chain in the Viseras Negras ("black caps"), a Basque gang in the sprawling metropolis of Bilbao, Spain. He was arrested soon after, but his skill made him a candiate for "ascension" to a Church Cyber-Enforcer . . . with a Piety Chip implant to ensure compliance, of course. It was during a Storm Knight incursion that Andrew had his Moment of Crisis; while engaged in a firefight with them, a GodNet tower began to fall onto innocent bystanders, and both sides immediately ceased fire to save them. This "true ascension" fried his Piety Chip, allowing Ander to ask to join the Delphi Council. Hacking his cyberware took some serious resources, so Ander tries to make sure they feel it was worth it.

Ander still prefers action to words, and can come across as a bit uncultured and rough around the edges. He'll bend rules without a second thought, if he feels that doing so will accomplish a greater good. He has a particular hatred of mind control, and distrusts both telepaths and anyone involved with neural cyberimplants - his time under a Piety Chip is a terrifying memory. On a team, he's generally the combat monster (acting as a mobile weapons platform) and forced-entry expert.

This character is inspired by one of my players, who considered making a cybernetic badass. It got me thinking about how much one could accomplish with cyberware that focused on mounted gear. Note that I'm fine with a character spending "cyberware money" on normal gear, since normal gear is generally less cool and awesome than cybering up. I tried to include enough non-combat stuff so that Ander won't be bored outside of a fight. Any notes in [brackets] after a trait are the gear-modified values. 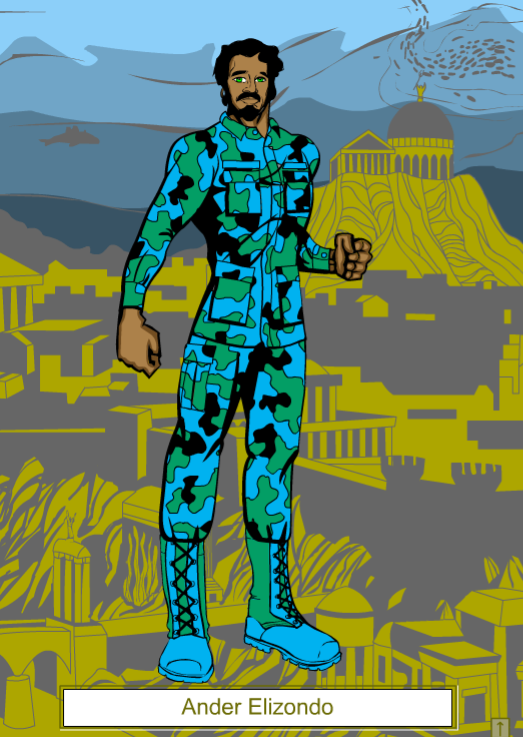